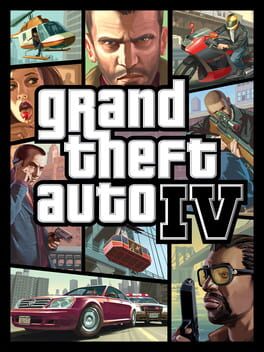 Grand Theft Auto IV is an action-adventure video game developed by Rockstar North and published by Rockstar Games. It is the eleventh title in the Grand Theft Auto series, and the first main entry since 2004's Grand Theft Auto: San Andreas. The game is played from a third-person perspective and its world is navigated on-foot or by vehicle. Throughout the single-player mode, players play as Niko Bellic. An online multiplayer mode is included with the game, allowing up to 32 players to engage in both co-operative and competitive gameplay in a recreation of the single-player setting. Two expansion packs were later released for the game, The Lost and Damned and The Ballad of Gay Tony, which both feature new plots that are interconnected with the main Grand Theft Auto IV storyline, and follow new protagonists.