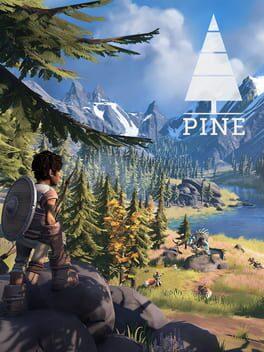 Pine is an open-world action adventure simulation game. Players are dropped in an ever-evolving world in which AI organisms have lives, goals and quests of their own. Species trade and fight with each other, while the player learns about ways to influence the simulation and shape their story through the different biomes of Albamare. Take the role of Hue, a scared but brave adolescent belonging to one of the last remaining human tribes on the island of Albamare, fighting for the survival of their