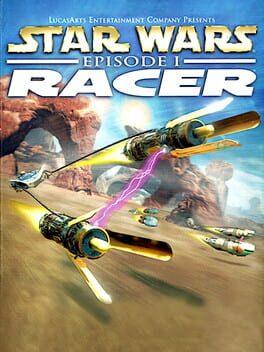 Star Wars: Episode 1 - Racer lets you participate in the famous pod race sequence that was the critical highlight of the 1999 film Star Wars: Episode I, The Phantom Menace. These lightning-quick vehicles are capable of reaching simulated speeds of up to 600 miles per hour while skimming a mere 4 feet above the ground. You can race alone or against a friend in split-screen mode on more than 21 courses among eight worlds. Take the controls as Jedi-to-be Anakin Skywalker or any one of over 20 pod racers. Feel the full-force blast while avoiding hazards such as methane lakes, meteor showers, and the unfriendly Tusken Raiders.