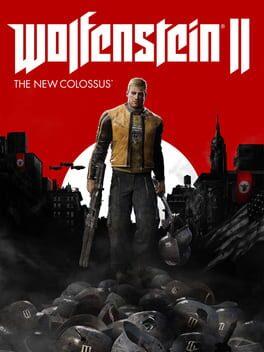 Wolfenstein II: The New Colossus is the eleventh installment of the Wolfenstein series and a sequel to the 2014's Wolfenstein: The New Order. The game follows the main protagonist, William Joseph "B.J." Blazkowicz, in his efforts to ignite a Second American Revolution. The game is played from a first-person perspective and most of its levels are navigated on foot. The story is arranged in chapters, which players complete in order to progress. A binary choice in the prologue alters the game's entire storyline; some characters and small plot points are replaced throughout the timelines. The game features a variety of weapons, most of which can be dual wielded. A cover system is also present.